Hilarious and worth every cent.
David Jamieson, Corporate Affairs Manager, Transfield Services
An amazingly consummate entertainer with the ability to engage with the entire audience.
Janice Miller, Chairperson NZ Hansen User Group
An audience cannot help but to gel with this most genial of men.
James Pettengill, Entertainment Promoter and Producer; Chairman of the Manawatu Hospitality Awards

Peter Feeney is a professional entertainer of over 20 years standing, with numerous credits in television, film, and theatre in New Zealand, Australia and overseas. He began his career in Stand up comedy and has kept the faith since, performing to great acclaim in the Auckland and Wellington Comedy Festivals in 2005 and 2009. In his work as a Corporate entertainer Peter combines his political antennae and comedic writing with his abilities as a character actor, producing fully realized comedic characters. He can work as a hoaxer or impersonator, creating a character specifically for your event (see examples below). His most famous creation is Beau Tyler, a satire of a Tony Robbins style motivational speaker, who has appeared in television commercials and his own stage show.

Peter’s satire has a genuine edge – he has a degree in Politics from the University of Melbourne and is an occasional writer for North and South magazines on social and political issues. His sharp wit, ability to improvise, solid research and organisational abilities also see him in demand as an MC. He’s a demon for detail – his own notes to his wedding MC ran to 15 pages… 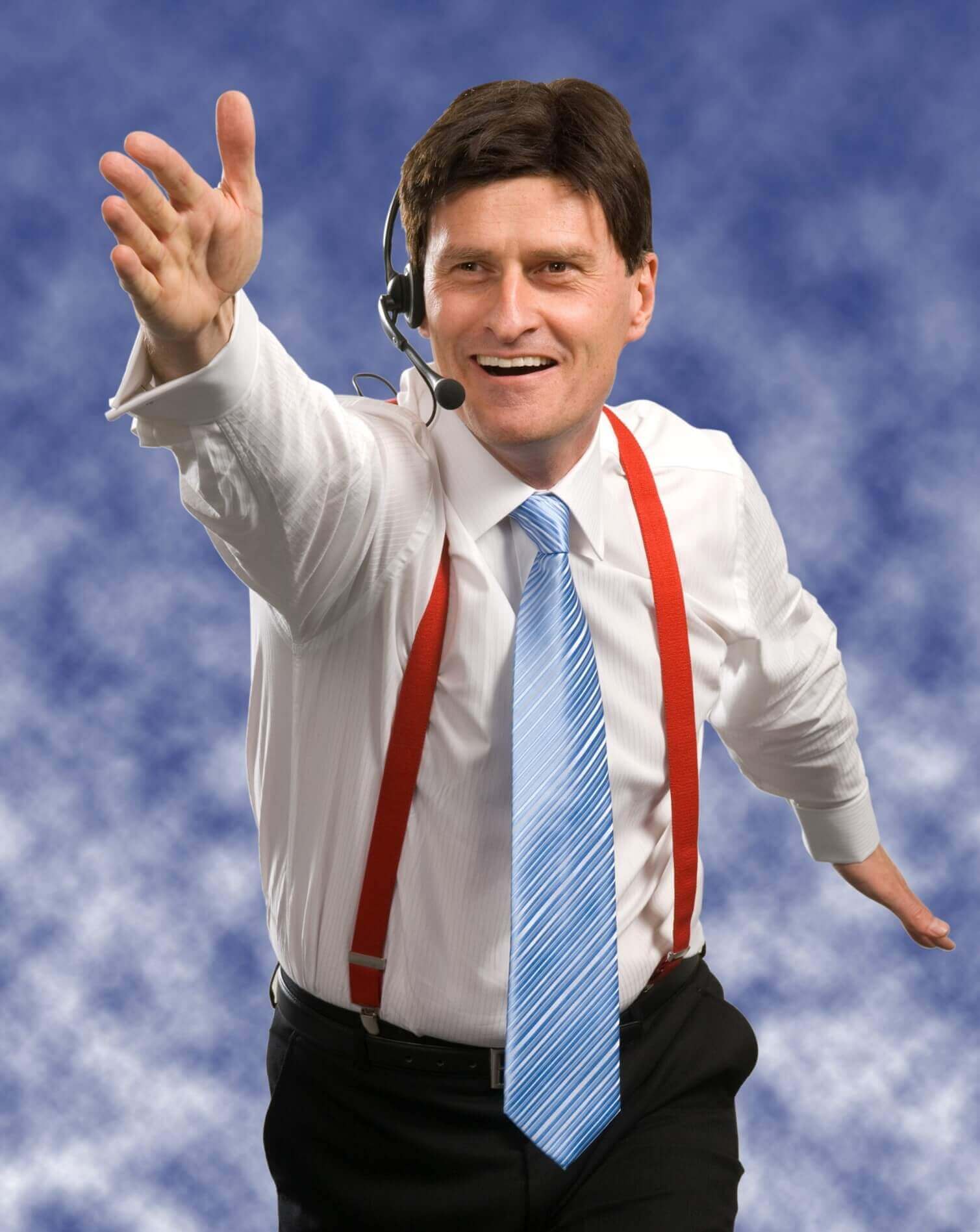 FOR A PEEK OF BEAU IN ACTION CLICK HERE

Just one hour can change your life!

Thank you for bringing us a well crafted and truly unique show in A Night With Beau Tyler. Your passion for your craft and desire to engage with audiences was inspiring. The show had such a positive impact on our audiences.
Hilary Beaton, Director/CEO, Downstage Theatre

Peter Feeney slam dunked our recent audience with his over the top parody of American Self Help Experts.
Craig Muller, Managing Director, MADANT

Amidst the disturbing world of the self-help industry shines a bright new star: Beau Tyler is on the comeback trail with a new self help system that will challenge the existing gurus of spin.

Peter Feeney bases the character of Beau Tyler on the popular television character he played in the Tip Top Memphis Meltdown series of television commercials. Since 2007 Peter has toured his one hour one man show version of the Beau Tyler character from Invercargill to Keri Keri, with successful seasons at the Nelson Arts Festival, the Cabaret Festival in Christchurch, the Fuel Festival in Hamilton, and at Downstage Theatre in Wellington.

The feedback we had from this event has been overwhelming and we would not hesitate to employ Peter again.
Michelle Hall, Strategic Marketing Manager, DATASTOR

… Since 1998 Michael he’s also worked in private consultancy through his own firm, O.T.T., making a consistent stand for innovation, sustainability and green technology. Michael has served on many other boards and trusts as an advisor on sustainable economics, including the Bill and Melinda Gates Foundation’s global development program, and the Tony Blair Faith Foundation.

Fortunately for us, Michael often visits his pals at the NZ Institute where he gets involved in high level infrastructure planning with them and the government. So he can be easily made available to talk at your next conference.

Michael’s latest keynote was to the Datastor IT conference in Auckland and Wellington and was entitled: ‘Recession and Depression: Steering your company successfully through the challenges ahead.’ It all started splendidly, to be sure, though after a wee while Michael’s nerves got the better of him and he took recourse to a wee tipple from his hip flask a few times too often. We ended up hearing some hard-case stories about his childhood in Dublin. Still, a good time was had by all…

With this character Peter draws on his own Irish heritage and degree in Politics and Economics to create a perfect impersonation of a respectable speaker – until it all unravels… a self-depreciatory and charming character that audiences really warm to.

In my 15 years working in the industry I am yet to come across any actor that has showed the same level of interest about all sides of a project.
Hadleigh Averill, Creative Director, Agent-C

Pampered Playboy and narcissist masquerading as a ‘real man.’ This internationally little boy lost is now available to liven up your function…

Nikolai, once a very small time Siberian Mafioso – and now catastrophically elevated above his proper station to big time playboy – recently inherited most of the fortune of notable émigré Russian family the Smirnoff’s, the name behind the vodka brand

This very latest – and most gauche – addition to the ranks of the noveau riche now spends his time travelling the world in a haze of gold bling and bad taste, searching for shonky business deals and new ways to spend money. Nikolai fancies himself as irresistible to women, and the most macho of men. Chauvinistic and old-fashioned, his bluster is only made possible thanks to the sunglass and leather clad bodyguards who often accompany him.

Nikolai is Peter’s opportunity to parade his comic take on the old Soviet empire and its nutcase operating logic: “In 1990 there were two things you could never close in Russia: a lada door and a business deal…” Before Peter became an actor he was a postgraduate student living in Moscow.