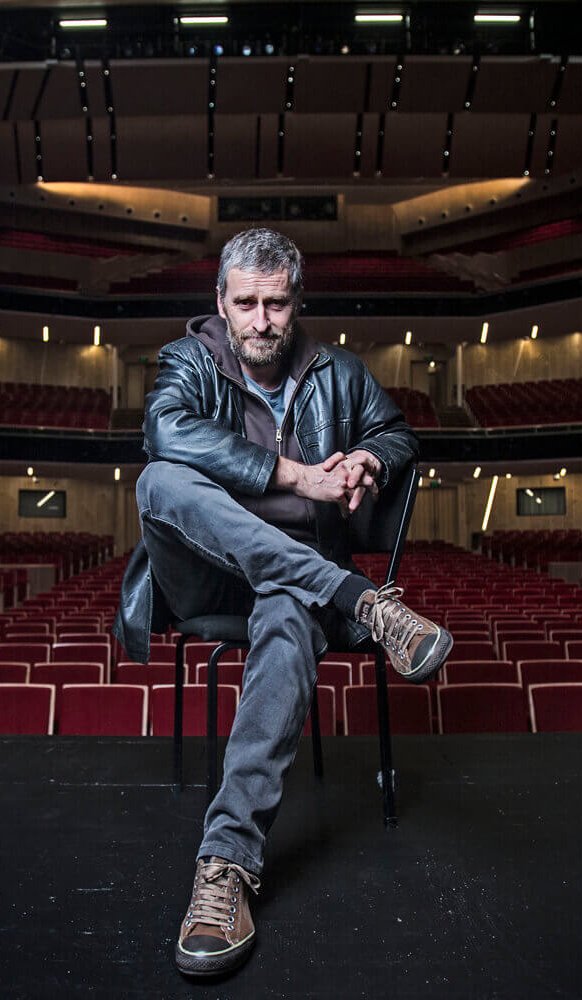 Back in 2005 when I produced MILO’S WAKE the stage play my founding concept was that our theatre productions would be high quality, accessible, cheaply priced, and presented in traditional meeting places – pubs, clubs and halls. I wanted to entice people who had never been near a theatre, as well as traditional theatre goers, to come and see share a story that had relevance to the challenges and realities of contemporary life. I was very lucky in my talented cast: Susan Brady, Hannah Marshall, Ashley Hawkes and in 2006 Peta Rutter. The musicianship of Peter Francis and Jo were exceptional. In rehearsal I strive to create an ensemble where the intelligence of the whole group is brought to the work, and the full contribution of each individual is respected and encouraged. I favour character work and trust process to produce great outcomes. I believe Sean O’Faolain’s contention, that stories can be guide books to living, communicating important ideas, thoughts and feelings that are useful in peoples’ lives. Such ideas can be read and taught – but have a powerful revelation as shared experience. 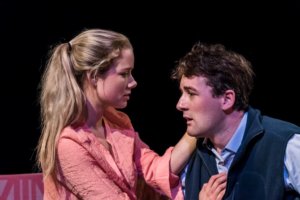 Peter Feeney directed and performed in Ian Meadows play at the Herald Theatre in August of 2015.

Between Two Waves is a politically charged relationship drama set against a climate change backdrop.

“Performing as both an actor and director, Feeney succeeds admirably as the proud mentor, stalwart friend and the disappointed colleague as he watches his prime student unravel in a world that seems have done away with integrity. Extremely personable, his character strikes a remarkably genuine note that balances much of the see-saw shifts in the play “– Theatreview 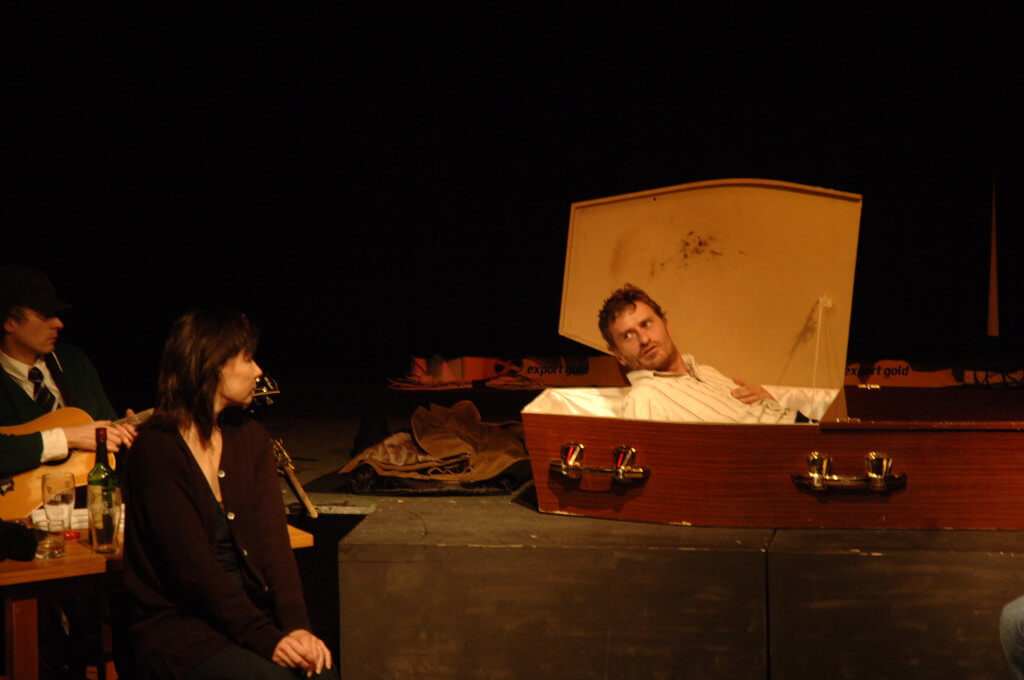 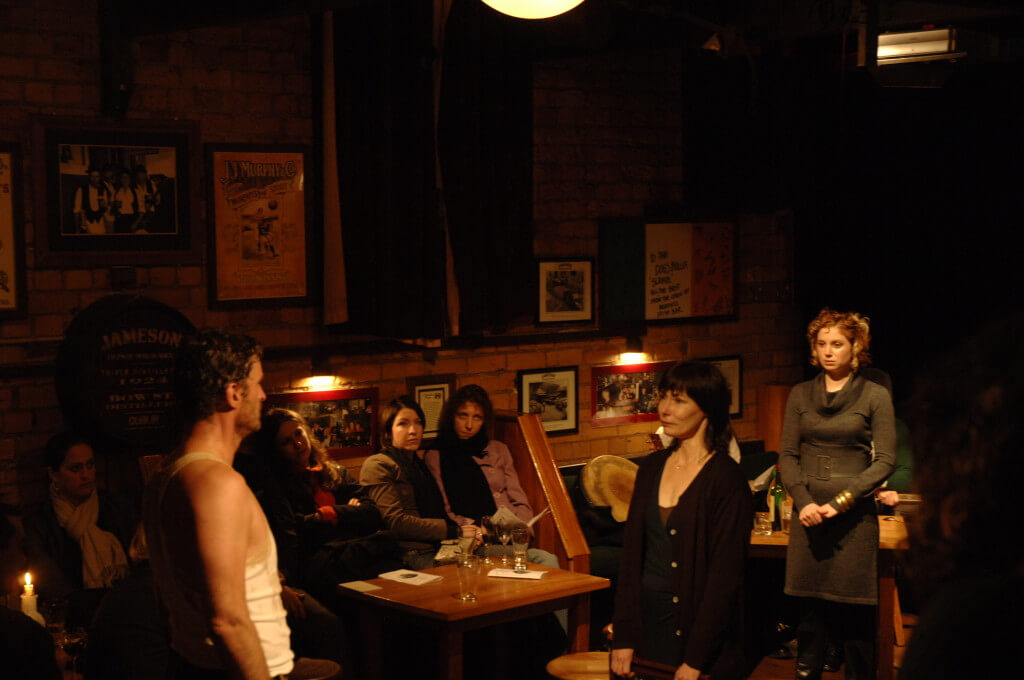 A riotous night of emotion, song and laughter…
What every wake should be – a salute to life!

MILO’S WAKE is a powerful and moving story about a first generation Irish immigrant family: a “drop dead comedy” about the fall and redemption of Milo O’Connor.

The play as written runs in uninterrupted real time in an Irish bar where the whiskey and Guinness flow freely, and guests are regaled with the music and songs of the pub’s resident band – The Wren Buoys.

MILO’S WAKE has been optioned and is now being developed as a feature film. A new production is planned for Melbourne in 2011/ 2012. Watch this space about other future seasons of this wonderful play.

In April and May 2005 Feeney McSweeney staged an Auckland season of the award-winning play MILO’S WAKE in the Ponsonby Irish pub The Dog’s Bollix.

The 2005 Auckland production of Milo’s Wake was a great success. Close to 3000 people came to the play, which received extremely favourable reviews. Many performances were sold out with people turned away at the door. Additional shows were added to meet public demand

Based on the success of the Auckland season, Feeney McSweeney mounted a national tour and return Auckland season of MILO’S WAKE in 2006. A total of 38 performances took in the centres of Auckland, Kerikeri, Hamilton, Awakeri, Timaru, Akaroa, Christchurch and Dunedin. 4000 people saw the show, and once again the public and critical response was unanimously favourable.

A NIGHT WITH BEAU TYLER

written and Performed by Peter Feeney

A Night with Beau Tyler takes an entertaining swipe at the American self-help movement through the personal journey of guru Beau Tyler, as he travels down into the hollow centre of his personality, and bounces back again, stunned but unrepentant. Funny and thought provoking theatrical satire.

“I have not laughed so hard or for as long as I did last night.”
WAIKATO TIMES

“Feeney’s parody of the self-help phenomenon was spot on,”
NELSON MAIL

“The Beau Tyler character, fallen guru, rising phoenix-like was a perfect balance of pathos with self-love and ultimately explained why the genre he is subverting works…”
PULP MAGAZINE

“If laughter is indeed the best medicine, then A Night with Beau Tyler is efficacious therapy indeed.”
THEATRE VIEW